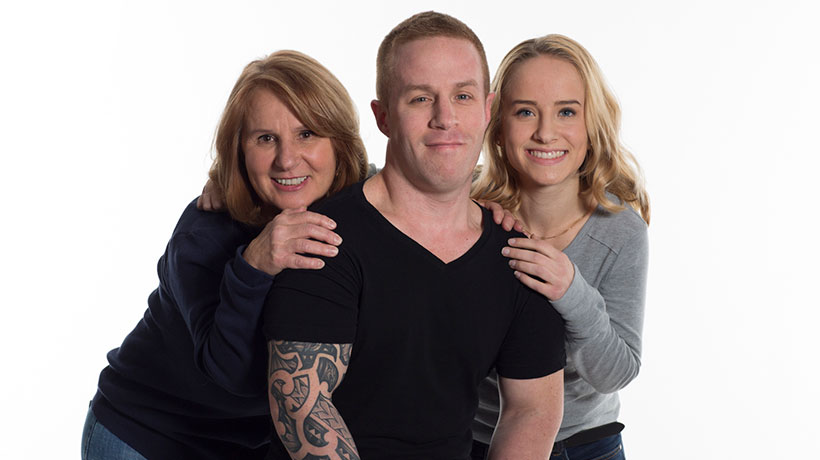 X-linked hypophosphatemia (XLH) is a rare condition, so it’s possible you've not heard of it before. Find out about XLH on this website, starting here.

XLH, or X-linked hypophosphatemia, is a skeletal disease that is caused by a lack of phosphate. Phosphate is a molecule that is made up of phosphorus and oxygen. Phosphate is required for healthy bones, teeth, blood and muscle and is involved in providing our bodies with energy.

XLH is a lifelong condition that affects children and adults differently, with symptoms that vary from person to person. XLH is a rare condition affecting about 1 in 20,000 people.

XLH occurs due to a mutation on an X-chromosome – which gives it its ‘X-linked’ name. This mutation causes a person’s kidneys to let too much phosphate pass into their urine. You may hear your specialist doctor refer to this as ‘phosphate wasting’.

As a result, the amount of phosphate in your blood drops, becoming lower than it should be. This is called hypophosphatemia, where ‘hypo’ means low or under, and ‘phosphatemia’ means ‘phosphorus in the blood’.

Most people with XLH inherit the X-linked mutation from a parent, while one in three people with XLH are born with it, despite there being no history of it in their family. This is called spontaneous XLH and it’s not yet understood why this happens. 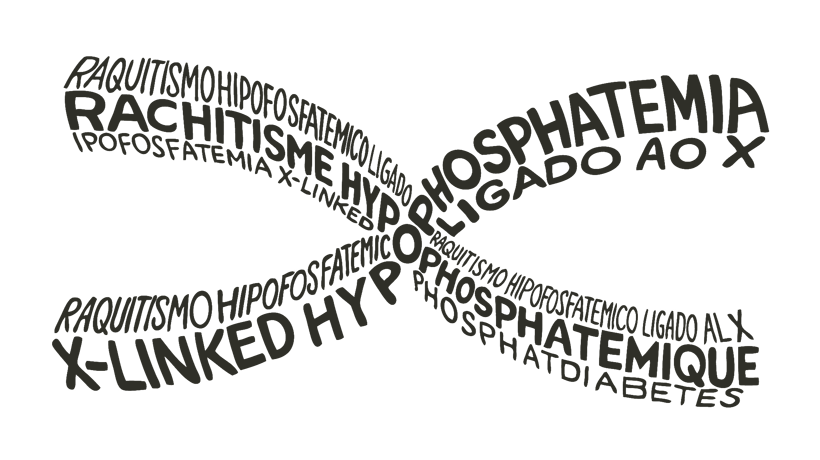 XLH is normally diagnosed at a young age, around the time we first begin to walk. Common signs are short stature, bowed legs or knock-knees and wrists or knees that appear larger than normal. Sometimes those with no family history of XLH may not be diagnosed until they are older.

The diagnosis process involves measuring the amount of phosphorus, calcium and other parameters in a child’s blood and urine. If the specialist doctor suspects XLH, he or she will probably perform an X-ray to confirm.

Due to it being such a rare condition, XLH can be mistaken for other skeletal diseases including nutritional rickets, which is caused by not eating enough vitamin D-rich foods. XLH is sometimes called vitamin D-resistant rickets because taking extra vitamin D alone does not help.

Research scientists are constantly looking for new ways to treat XLH. And despite the rarity of XLH, there are many specialist healthcare professionals and support groups who can provide you with information, help and advice.

This website is specifically designed to provide information about X-Linked Hypophosphatemia (XLH) and assist with the correct assessment of the condition.
Please note that this website does not replace the role of a Healthcare Professional and it is always recommended that you seek professional medical advise if symptoms persist.

To continue to the website please select your country

You are about to leave a Kyowa Kirin website

You are leaving the XLH Link website to a site that is not under the control of Kyowa Kirin. Kyowa Kirin is not responsible for the content of any such site or any further link from such site. Are you sure you want to continue?

This Kyowa Kirin website is intended for Healthcare Professionals (HCPs) involved in the care of people with X-linked Hypophosphatemia (XLH).

Please confirm you are a healthcare professional