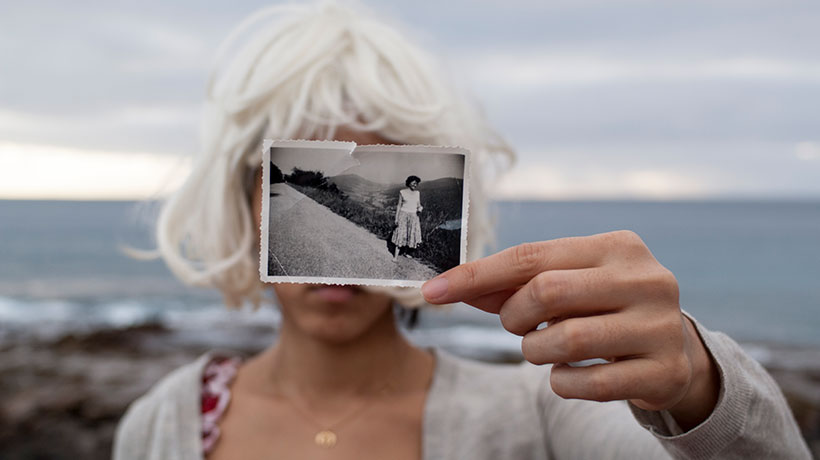 XLH can happen spontaneously but, if it runs in your family, this section helps to explain how it's passed on from parent to child.

Chromosomes carry the information for life and are found in nearly every cell in our bodies. Chromosomes are made from DNA and we have 46 of them – half (23) we get from our mother and half (23) from our father.

Genes are short sequences of DNA that provide code for specific proteins. XLH is caused by an alteration (mutation) in a gene called ‘PHEX’ on the X-chromosome (hence the ‘X-linked’). Around one in three people with XLH are born with this genetic change unexpectedly, but most inherit it from a parent.

It’s important to remember that female's cells have two X-chromosomes and male’s have an X- and Y-chromosome. To get XLH, you only need to have one X-chromosome that produces an altered PHEX gene.

If a mother has XLH, then her children (both boys and girls) have a 50% chance of also having XLH. This is because all children inherit one X-chromosome from their mother.

If a father and mother both have XLH, their sons will have a 50/50 chance of having XLH, but all their daughters will have XLH.

You can see how this X-linked inheritance pattern makes XLH more likely among females. 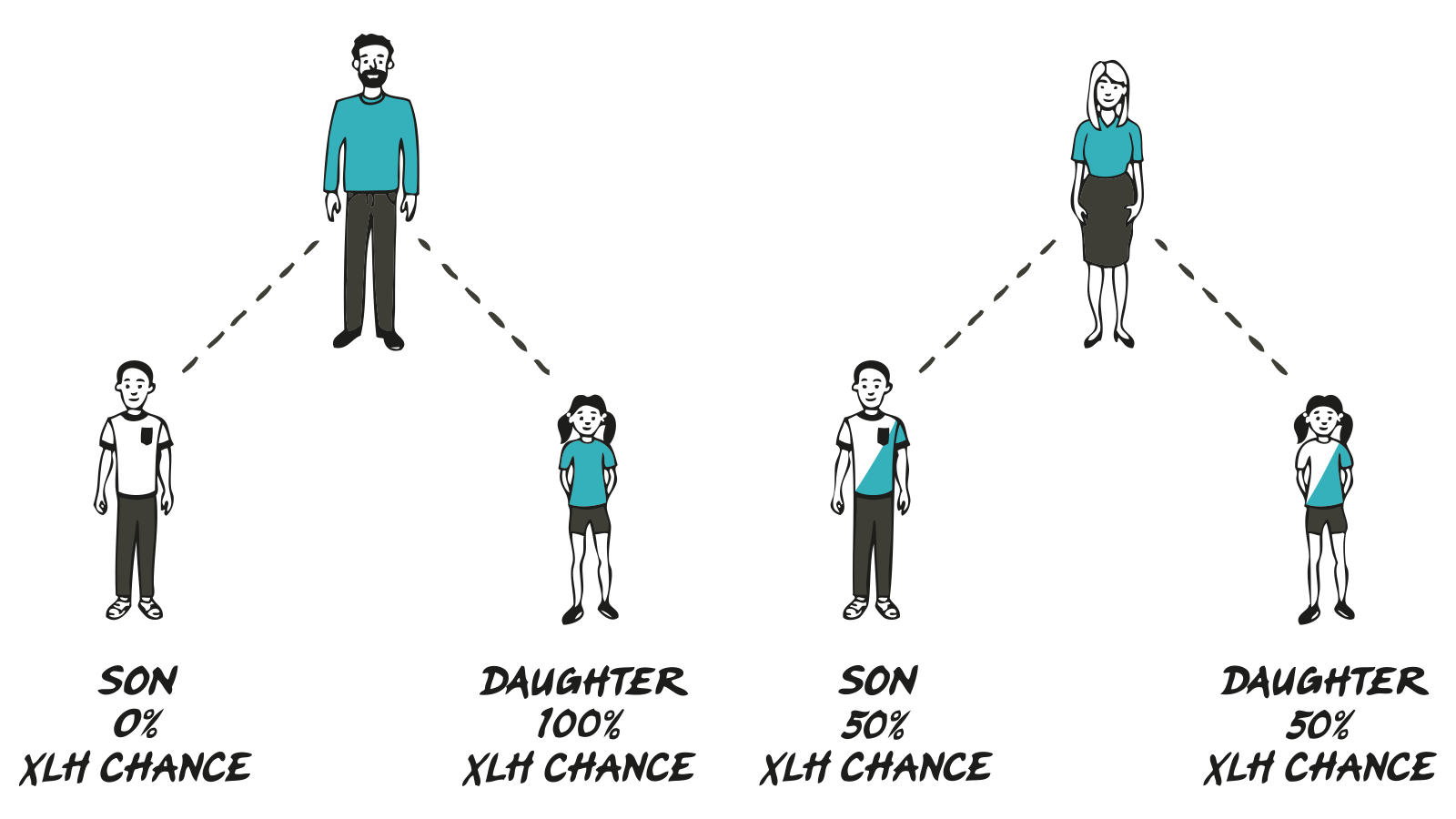 The mutation in the PHEX gene causes your body to make too much of a hormone called fibroblast growth factor 23 (FGF23). A key role of FGF23 is to control the amount of phosphate you have in your blood. When your body makes too much FGF23, your kidneys let too much phosphate pass into your urine – this process is called ‘phosphate wasting’. Low phosphate levels are behind most of the symptoms of XLH.

How you or a member of your family experiences XLH can be completely different. The important thing is to speak with your healthcare team regularly to help manage the symptoms that are particular to you.

This website is specifically designed to provide information about X-Linked Hypophosphatemia (XLH) and assist with the correct assessment of the condition.
Please note that this website does not replace the role of a Healthcare Professional and it is always recommended that you seek professional medical advise if symptoms persist.

To continue to the website please select your country

You are about to leave a Kyowa Kirin website

You are leaving the XLH Link website to a site that is not under the control of Kyowa Kirin. Kyowa Kirin is not responsible for the content of any such site or any further link from such site. Are you sure you want to continue?

This Kyowa Kirin website is intended for Healthcare Professionals (HCPs) involved in the care of people with X-linked Hypophosphatemia (XLH).

Please confirm you are a healthcare professional